‘Wheel clampers drove behind him, blocked him & clamped him’

Stirling Mayor Mark Irwin has revealed the outrageous behaviour of wheel clampers in Scarborough after a City of Stirling parking services car has had its wheel clamped in a Scarborough car park.

The City became the first local Government to draft a local law to ban the clamping practice.

Cr Irwin says the Ranger driving the City’s car parked in a spot in Scarborough when a wheel clamper blocked him in and clamped in while he was telling others not to use it due to clamping.

“The ranger wasn’t even there for that, this is the whole irony,” he told Gareth Parker.

“The ranger was on break and was going to get a pizza for his break and thought when he saw two people who weren’t there to use the business that he’d give them some advice to move on because of what’s been happening and then he got clamped.” 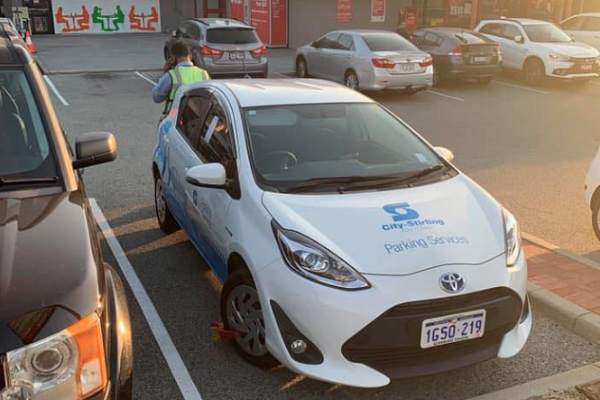