What makes a will?

An unsent text message has been declared a valid will in an unusual case in Queensland.

The man composed the ‘will’ which included wishes for his estate, including bank account details before he committed suicide.

The man’s wife, who was left out of much of the estate, argued that because the message had not been sent it could not be considered to be his final wishes but Justice Susan Brown disagreed.

Steve and Baz spoke with HHG Legal Lawyer, Nicole Young, about the what constitutes a will and why you should have one. 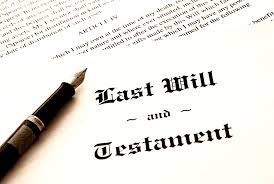