‘We were frightened for the police’: Hillarys mob witness

Witnesses have described how police officers were spat at, shoved, and had items thrown at them while trying to break up an out of control gathering of youths at Hillarys Boat Harbour.

Seven people have been arrested and issued cautions after police were confronted by up to 40 youths.

The group were abusing members of the public and threw bottles at police yesterday afternoon an out of control gathering was eventually declared.

Geoff was there and says the youths stormed an inflatable water park at the Marina.

“They were on the waterpark, and they wouldn’t get off for about an hour and the police were called,” he told Gareth Parker on Mornings on 6PR.

“As the police were trying to take down their names, they started spitting at police, swearing at them and shoving the police and then me and my brother ended up ringing Triple Zero to try and get more police there because we were actually quite frightened for the police.”

Police are seeking vision or photos of the incident from anyone who was in the area at the time. 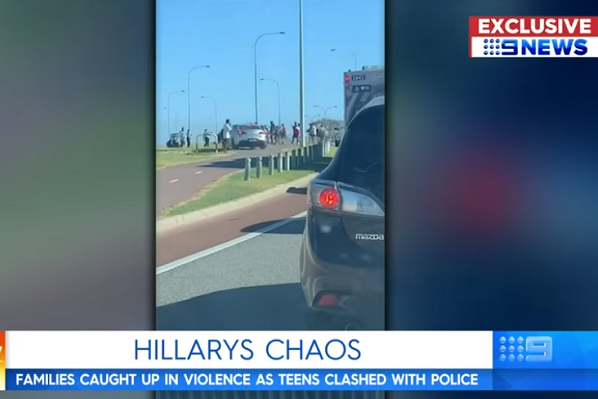