Yagan Square is a beautiful development that has made the passage between the CBD and Northbridge easier, safer and more interesting… and The Shoe Bar has to be the jewel in its crown.

This two story venue splits itself between a more casual cafe style offering on ground level where customers can also get breakfast daily and upstairs, where a huge wrap around balcony gives customers views around the square. Sports lovers aren’t forgotten with a few TVs around the place so they can keep an eye on the game. The mobile phone charging station is also a win and a good tactic to get people to stay awhile. 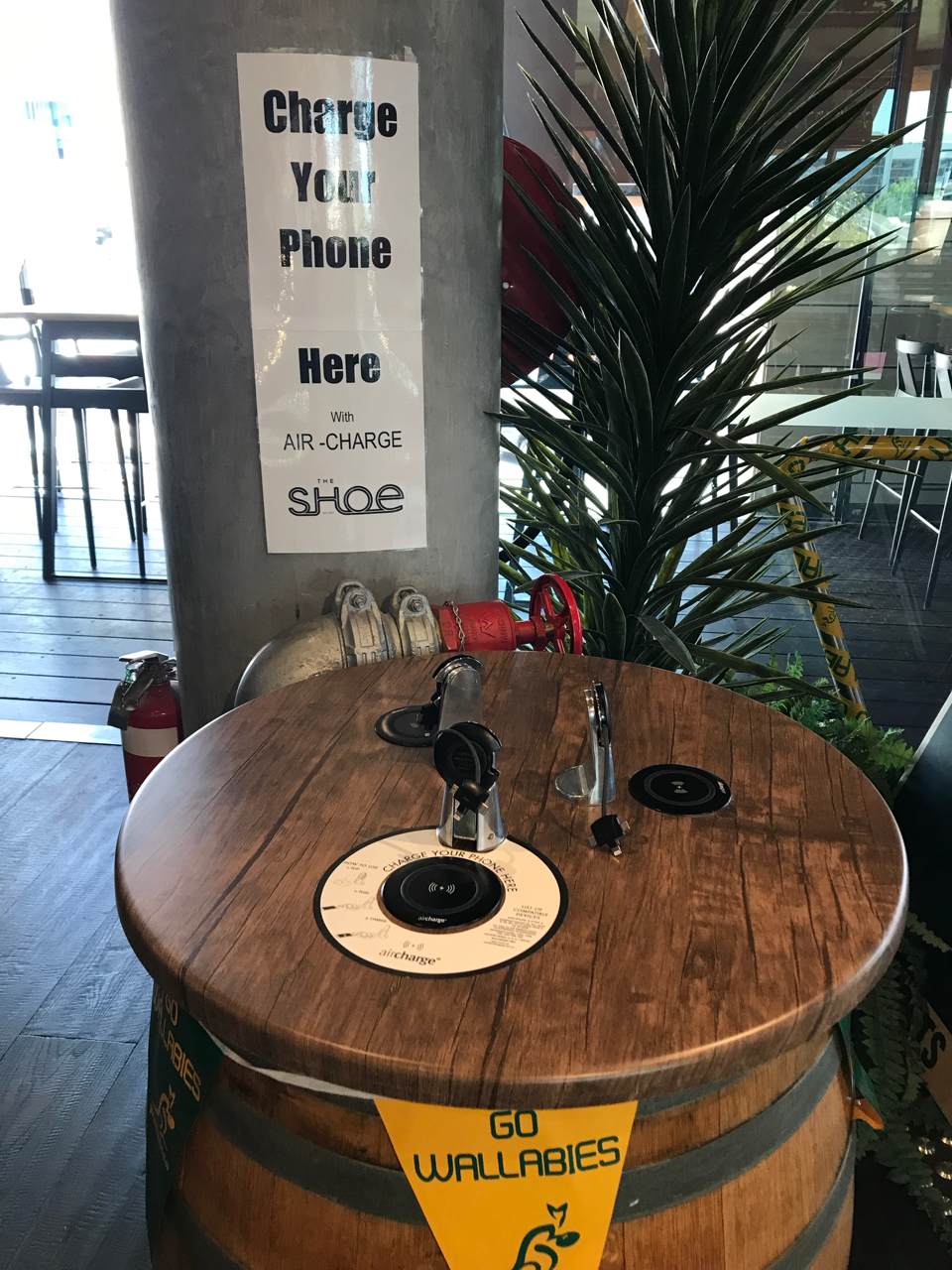 These guys are part of the “Buy West Eat Best” program, which means at least 70 per cent of their menu has to feature WA produce as the main ingredient in the dishes. The menu is unashamedly filled with the classics. Diners can expect to see parmis, pizzas burgers, steak and seafood. There’s plenty of options to share like sliders, wings and some pretty tasty sausage rolls.

A trio of fish tacos was a straight up win. Crunchy battered strips of fish topped with a fresh slaw and salsa hit all the right notes. For an extra kick, Sriracha sauce is served on the side. 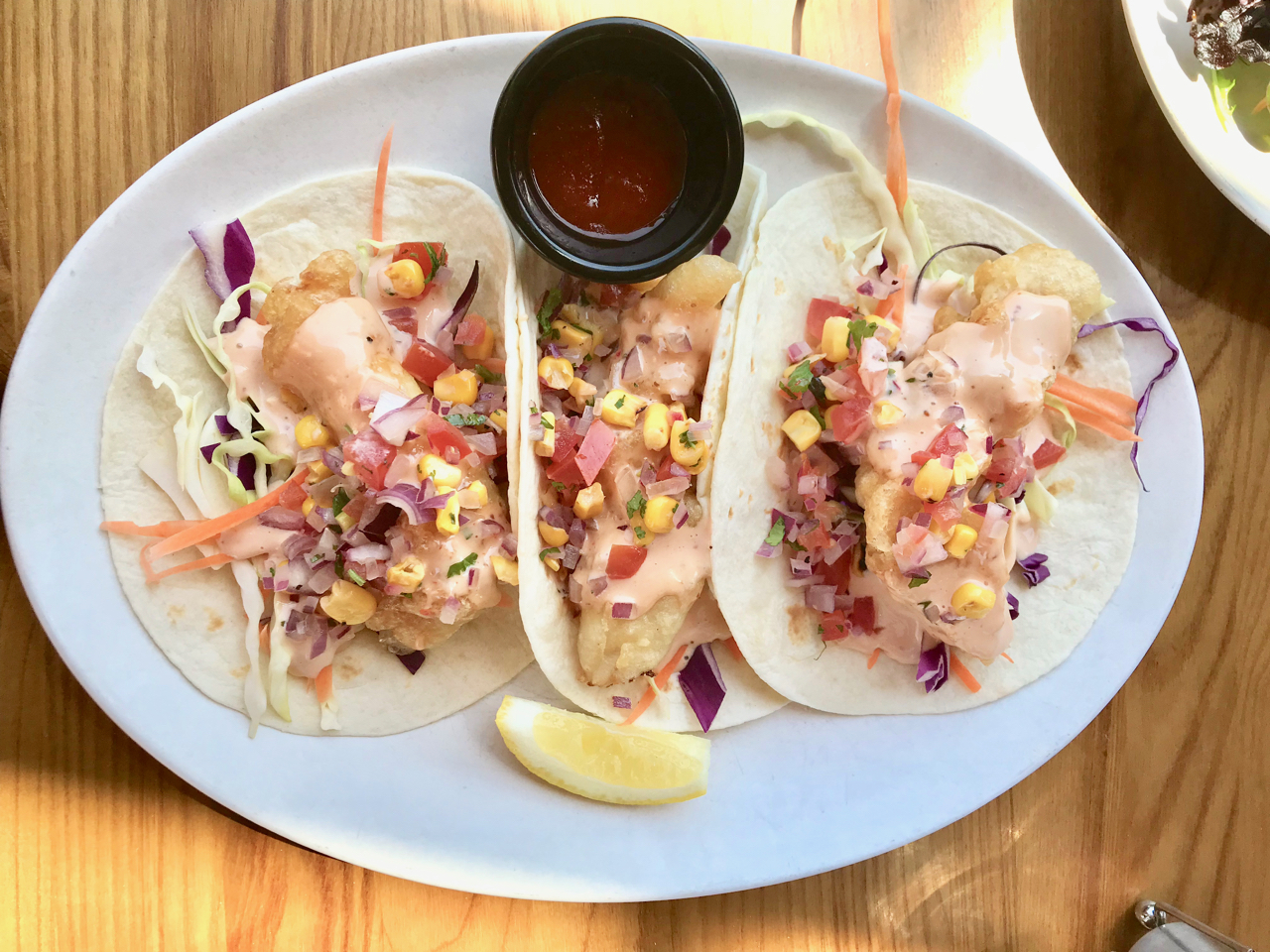 Those who love a schnitty with relish in the offering here. A tender piece of breast with a golden well seasoned crumb was as good as it gets – brilliant. Diners can choose between  pepper, mushroom, Diane or creamy garlic sauce and of course chippies and salad come standard. 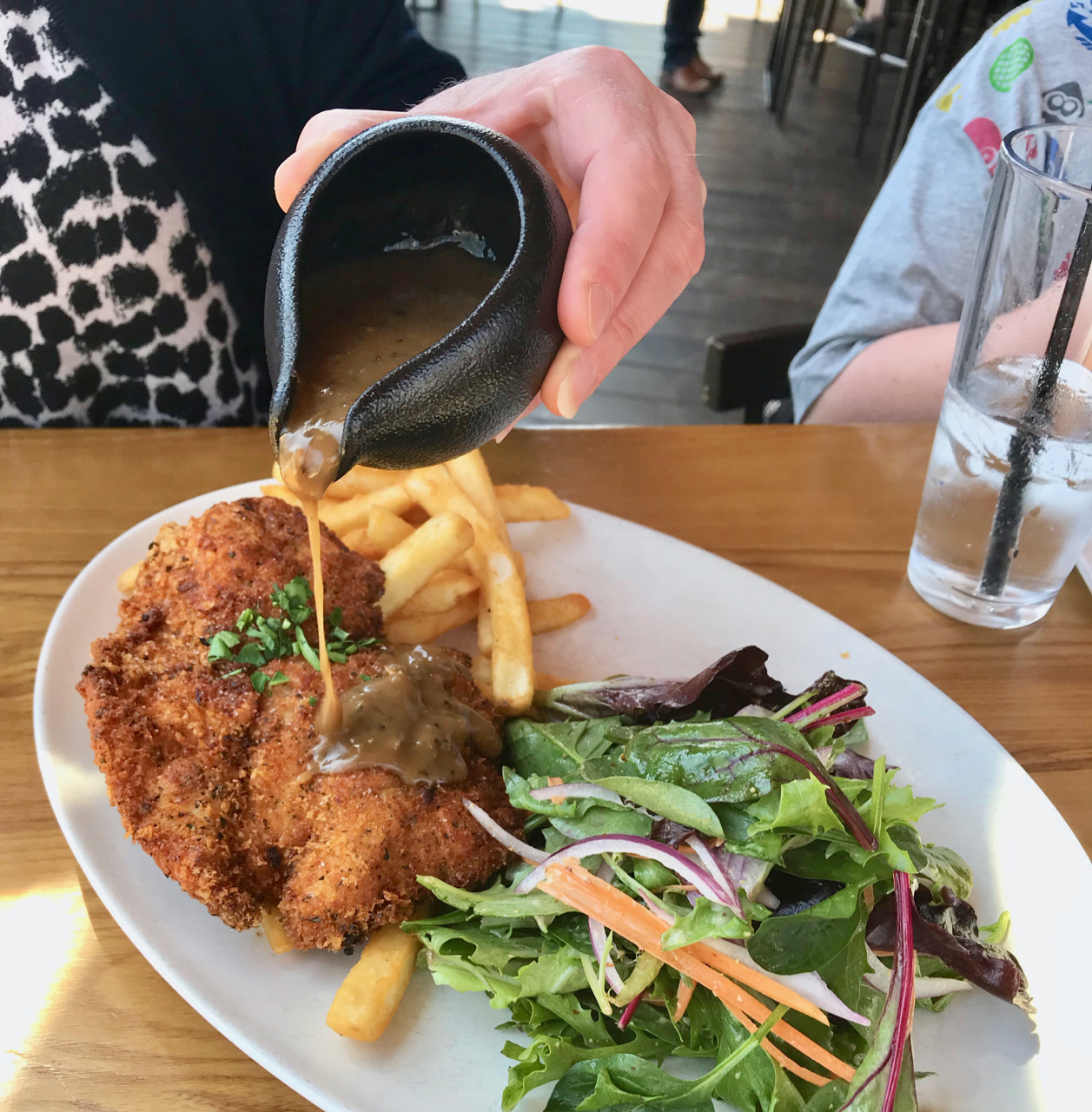 The steak sanga sounded great on paper but was lacking in reality. A 200g scotch fillet was tender and the salad fresh and crunchy but there was no bacon as mentioned on the menu, the steak wasn’t seasoned and the mayo was barely there. It made for a sandwich that was dry and lacking in flavour. 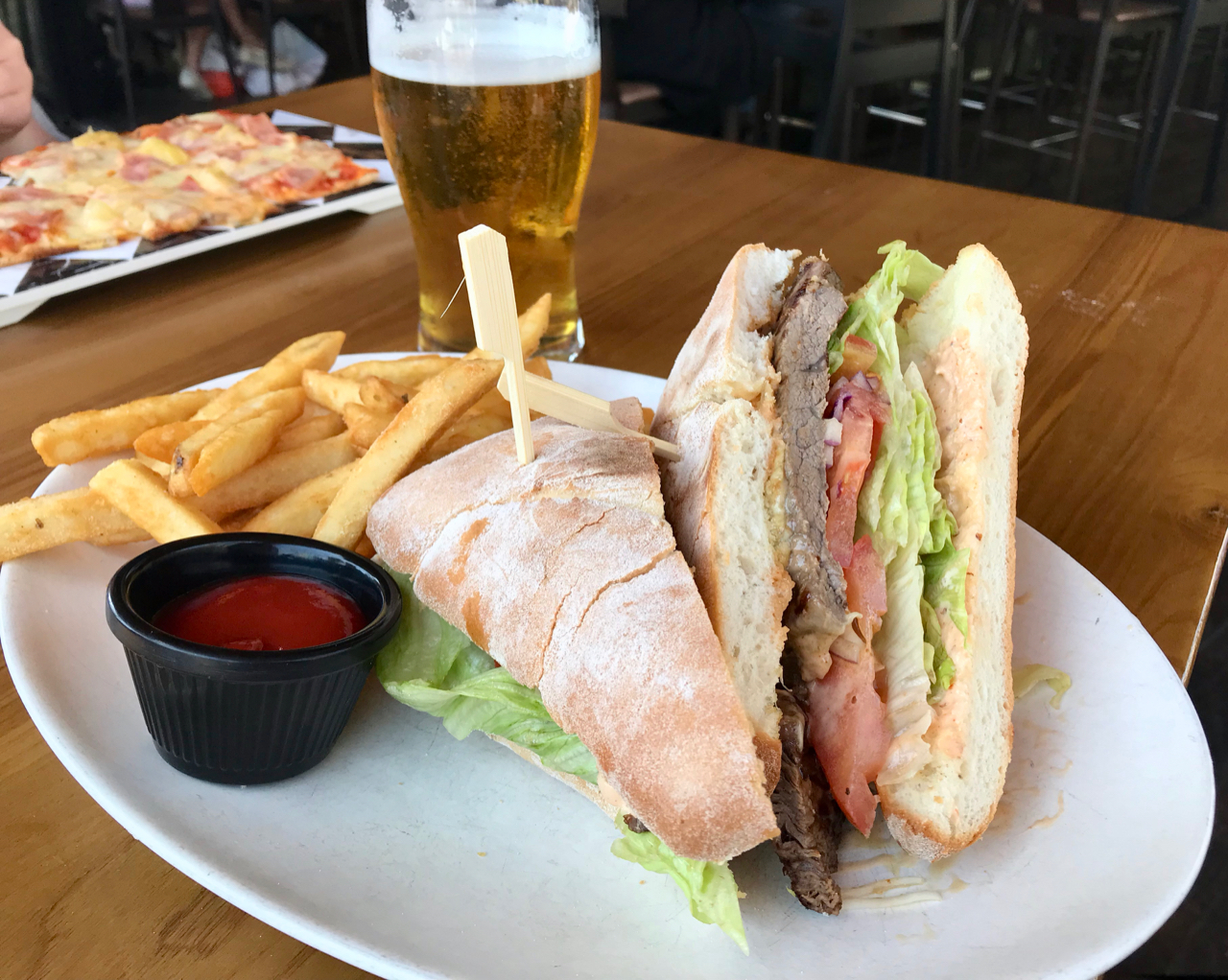 The dedication to WA produce extends to the wine list with almost all titles coming from regions like the Great Southern, Margaret River, Perth Hills and the Swan Valley. In a move that is becoming more popular, they offer a choice of a standard 150ml glass or a large option of 250ml – great for those who don’t want the commitment of a full bottle.

There’s a good mix of craft beer and mainstream breweries on tap. Some of the lesser knowns like Baldivis mob White Lakes Brewery feature regularly and Gage Roads darling Single Fin sits along side their newbie XPA Side Track. It’s worth keeping an eye out for their pint specials as there’s some big savings to be made on local craft beers.

The Shoe has plenty going for it. It does just as well as a spot for after work drinks as it does a lunch with the kids in tow. The proximity to the train station makes it a perfect spot to stop off for a cheeky pint on the way home. 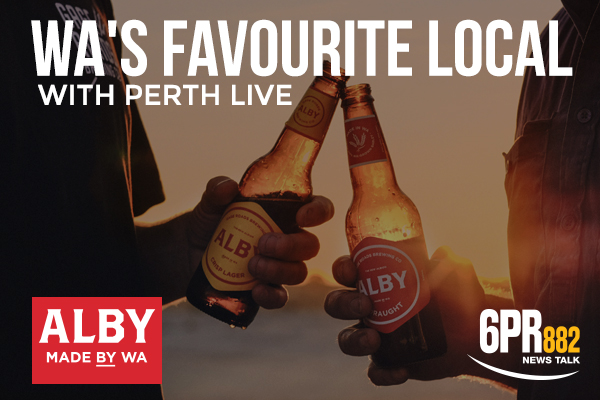