During the early hours of Sunday morning vandals extinguished the Flame of Remembrance at the State War Memorial in Kings Park. They also set fire to a nearby bin.  Emergency services were called to Kings Park after there were reports of fire and a gas smell.

The eternal flame, which burns all year round was reignited early Sunday morning by the Botanic Gardens and Parks Authority.

John McCourt, CEO of the RSL (WA) says “why would anyone think about desecrating a memorial that pays respect for those that not only served but died.” 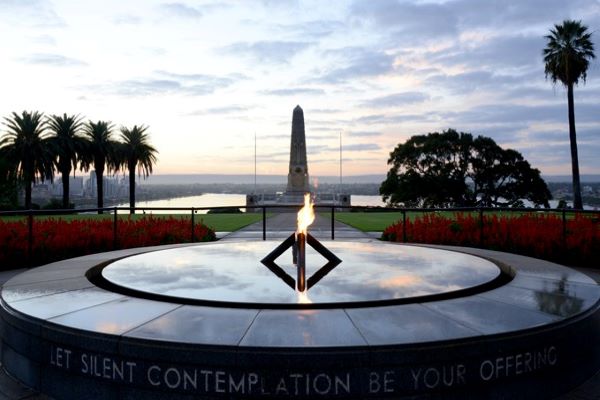