US riots “an explosion of rage”

Violent unrest has now spread across the United States including in Atlanta, New York and Washington. The White House had to be briefly put into lockdown after a large crowd gathered outside.

The police officer filmed kneeling on Mr Floyd’s neck has been charged with third-degree murder and manslaughter. There are now calls for the other officers involved to also be charged over his death.

Research Associate from the United States Studies Centre Elliott Brennan joined the Weekend Catch-Up where he told Mark Gibson it’s easy to forget when watching the footage on TV that the country is “also in the grips of a pandemic”.

“Yesterday it notched 20,000 cases of COVID-19 and this is just a perfect storm of destruction in the world’s leading economy.”

Mr Brennan said this isn’t just about one death of an African American.

“It’s about centuries of anger and it’s about decades of inequality.” 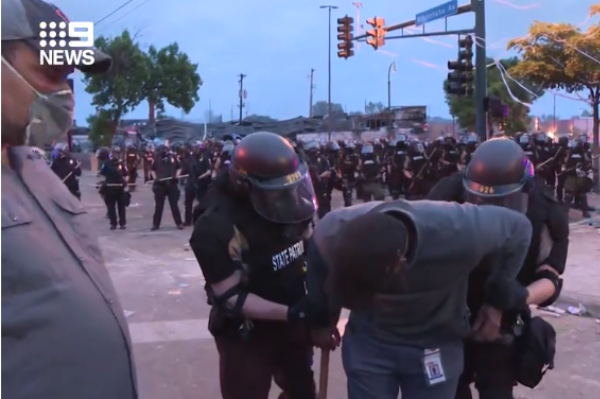