HMAS Perth (1) a cruiser of the same class as HMAS Sydney and commissioned into the RAN in 1939 was sunk by an overwhelming Japanese force in the Sunda Strait on 1st March 1942. USS Houston was also sunk.

More than half of the crew of 681 died in action. The survivors had to ensure appalling conditions on the Thai-Burma railway and some survived a second sinking in 1945, this time by American submarines who were unaware the transport ships carried POWs.  Some spent 6 days in the sea before being rescued.  Of the entire crew, only 1 in 3 returned to Australia.

The HMAS Perth (1) Memorial Foundation has been established to raise funds to construct a memorial which will be located with the naval cadets training unit, TS Perth, in East Fremantle.  Their aim is to complete this in time for the 80th anniversary of the sinking.

Mike Bailey, President of the HMAS Perth (1) Memorial Foundation told Harvey Deegan that it is time for a fitting permanent memorial to the ship and her crew.

Governor Kim Beazley (their Patron) will be officially opening an exhibit at the Perth Town Hall on 27th February.

For more information go to www.hmasperth1memorial.com.au 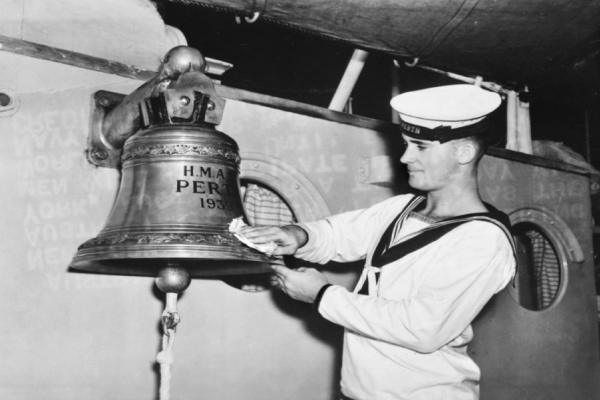