The man behind that “Yes” text

Thousands of Aussies received a text over the weekend urging mobile phone users to Vote Yes in the national postal vote for same-sex marriage.

Many expressed their outrage on social media with some recipients saying the Yes Vote bullying has encouraged them to change their vote to a “no”.

The Director of Australians for Equality which runs the Equality Campaign for Marriage Equality in Australia, Tiernan Brady defended the mass text on 6PR Breakfast. 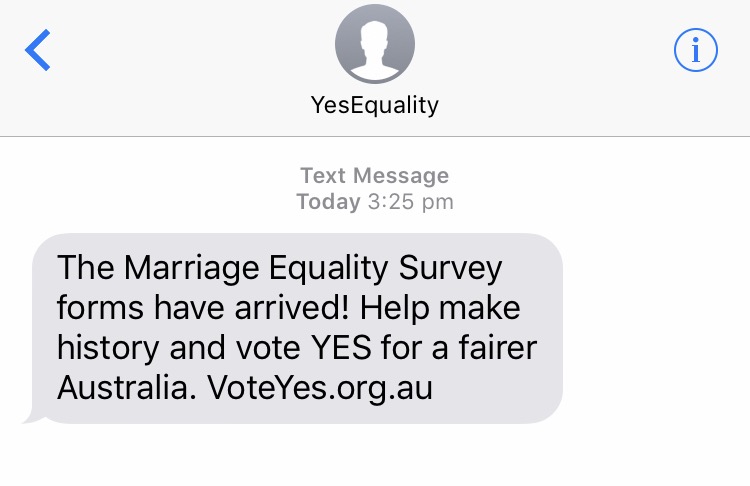