Best-selling author Roland Perry joins us on “Remember When” to talk about his new book “Red Lead: The legendary Australian ship’s cat who survived the sinking of HMAS Perth and the Thai-Burma Railway.”

Just after midnight on 1 March 1942, Australia’s most renowned cruiser, HMAS Perth, was sunk by Japanese naval forces in the Sunda Strait off the coast of Java. Of the 681 men aboard, 328 survived the sinking and made it to shore-and one cat. Her name was Red Lead, and she was the ship’s cat, beloved by the crew and by the Perth’s legendary captain Hector Waller. But surviving shellfire, torpedoes and the fierce currents of the Sunda Strait was only the beginning of the terrible trials Red Lead and the surviving crew were to face over the next three-and-a-half years.

From Java to Changi and then on the Thai-Burma Railway, Red Lead was to act as a companion, mascot and occasional protector for a small group of sailors who made it their mission to keep her alive in some of the most hellish prison camps on earth. 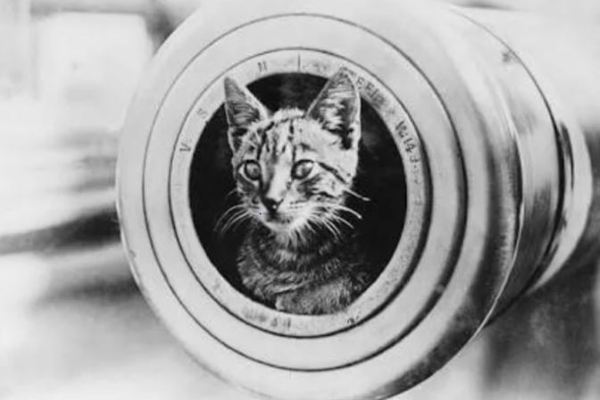