‘The Catholic Church should close the Christian Brothers down’

A McGowan Government minister and former student of CBC Fremantle has publicly criticised the Christian Brothers for a lack of care towards the victims of child sexual abuse.

Dave Kelly, the MLA for Bassendean, attended CBC Fremantle in the 1970s from grade 4 to grade 12.

Today on Mornings with Gareth Parker he has revealed his disgust with the Christian Brothers for failing to reckon with their shameful past in dealing with the legacy of child sexual abuse.

Mr Kelly said the public revelation in 2013 that one of his former teachers, Brother Daniel McMahon, had abused children was the trigger for him to write to the management of CBC Fremantle to ask what the school would do about notifying former students and inviting them to come forward.

“The Principal wrote me a very brief reply, it said my letter had been referred to the Catholic Church’s Office of Professional Standards. The letter than referenced the Royal Commission which was then underway then assured me it would be taken seriously and that was the end of the letter,” he said.

“It (the letter) was absolutely silent on (the issue of notifying former students) but it led you to believe that they’d referred it to the appropriate authority within the Catholic Church and something would be done about it. I then heard absolutely nothing from the school on that issue.”

Underwhelmed with the school’s response, he pursued the matter with the leadership of the Christian Brothers in Australia.

“I went through what had happened with Danny McMahon and the response from CBC Fremantle,” he said.

“It was a very disappointing meeting. They acknowledged that they knew about Brother McMahon abusing children. They said he’d gone to Tasmania and what had happened was beyond their control.

“Brother Clinch said that he thought about five percent of Brothers had sexually abused children. The Royal Commission came out and said it was closer to 20 percent. But it’s incredible that the Christian Brothers acknowledge that at least five percent of their people abuse children.

“The Christian Brothers clearly know a lot more than they are ever making public. It’s clear from that meeting with Brother Clinch that they are still worried about their financial viability above the interests of the victims.

“I said to them ‘well why aren’t you using your assets for the victims?’ and I got the clear impression that from him that they saw their primary responsibility to be ensuring that they have enough resources for the retirement of the Christian Brothers.”

Mr Kelly said he was distressed to later discover an account of Brother McMahon’s funeral which gave a “glowing account” of his life, despite the leadership acknowledging his history of abuse.

One of Mr Kelly’s former CBC Fremantle teachers had given a complimentary eulogy, apparently made unaware of Brother McMahon’s past by the Christian Brothers’ leadership.

Mr Kelly said despite undertakings the matter would be followed up, he has never heard from the brothers or anyone else with the Christian Brothers since.

“I’d sent this off to the Royal Commission and I thought ‘well, I’ve done my bit’ if you like but this is a story that keeps coming back.

“This constant debate as to how the Catholic Church is responding to these issues, there are still victims coming forward.”

Mr Kelly says he struggles with the idea that the Christian Brothers as an organisation is still in existence.

“The Catholic Church could do tangible things today to show that they have changed, but they don’t.” 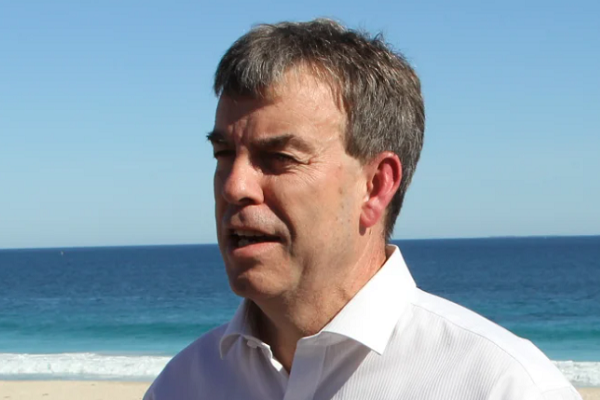