6PR’s newsreader John Nicholls has outlined to Gareth Parker a moment in history when the now recently-departed head of the CCC John McKechnie charged him with contempt.

Mr Nicholls tweeted the story yesterday and Mr Parker couldn’t pass on the opportunity to question him about what had happened.

In 1989, Mr Nicholls was managing the coverage of the various cases which had come out of the WA Inc saga. He said he began to get nervous when he realised details of a case he had broadcast was not being reported elsewhere.

“My boss sent out a reporter in the morning and in the afternoon I read the story that she wrote and apparently what she reported on allegedly wasn’t meant to have been made public,” he said.

“When you run a story, especially a court story, and then you suddenly realise, no-one else is covering it that’s a bit of a worry.”

Mr Nicholls pulled the story after it had run once but the situation got worse over the afternoon.

“I was walking past the telex machine and it said the Attorney General Joe Berinson had authorised the prosecution of Consolidated Broadcasting Systems and two of its journalists blah blah blah and I thought ‘that’s us’.”

“I got on the blower and got through to John McKechnie (who was at the time a Crown Prosecutor), which I was a bit surprised about and I said ‘what’s going on?’. He explained what was going on and I said ‘well, if there was anything said in court about not being able to report this our reporter didn’t know about it’ and that’s when the ‘studied ignorance’ comment came about.”

Mr Nicholls eventually appeared before three Supreme Court judges who luckily for 6PR listeners found that the actions of himself and the reporter found no tendency to prejudice a fair trial so he’s still with us!

[1/2] Last century, Crown Prosecutor John McKechnie charged me with contempt of court. On the phone, he accused me of “studied ignorance.” I felt like an early SVU suspect. I was acquitted, and I’m sure he and I could have a good laugh about it now. Anyway… (1/2) 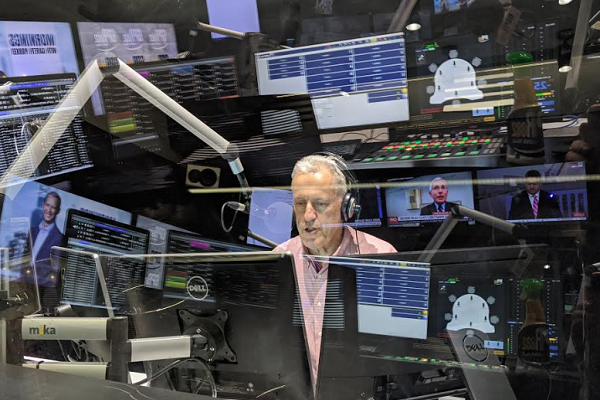