‘Surrender. Surrender yourself to police’

A massive police search is continuing, after 10 escapees broke out of Greenough Regional Prison near Geraldton yesterday.

Three of the prisoners remain on the run this morning – 18-year-old Darryl Councillor, 22-year-old Brendan Bartley, and 35-year-old Bradley Silvester – after a fire and subsequent break-out at the prison.

Assistant Police Commissioner Murray Smalpage told Mornings with Gareth Parker the men may become violent, and should not be approached.

Gareth also spoke with Premier Mark McGowan, who said there was no pre-warning of trouble at the prison. 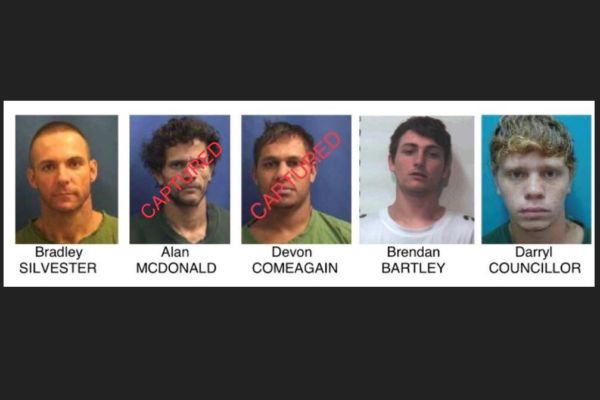