Snake on a bus

Sent into the 6PR Rumour File – a young man has been spotted wearing a snake around his neck on a Transperth bus. According to regular commuters he is known as “snake boy”.

David Hynes from the Public Transport Authority spoke to us and Ritchie called in because he had met “Snake Boy” at Hungry Jack’s. 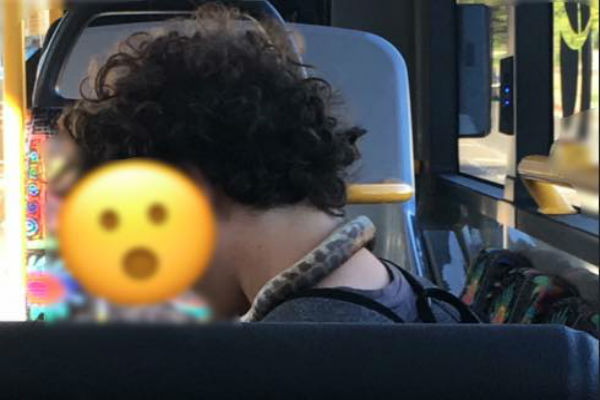