Tracy Sheehan got the excuse of a lifetime to escape doing the washing when she was bitten by a snake.

The carpet python, which isn’t venomous, bit her hand and wrapped itself around her arm when she reached above her dryer on Tuesday.

The Broome resident says she’s been left rather embarrassed by the incident.

Steve and Basil spoke with animal handler David Tapper who came to her aid.

David gave the boys some advice on what to do if you get bitten by a snake. 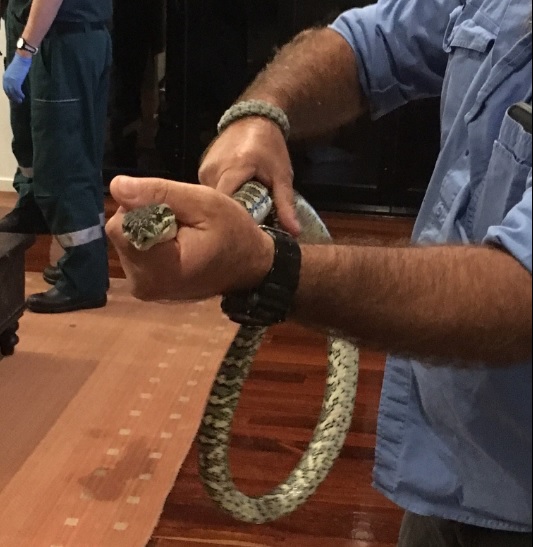