Sinking boat survivor escapes with only his car keys

A support boat has sunk while on its way to Rottnest Island as part of Saturday’s Rottnest Channel Swim, Jane Marwick spoke with one of the people on the boat.

Julian was rescued from the sinking boat and escaped only with his car keys. He was audibly shaken after the ordeal as he told 6PR “it all happened in the space of three minutes,” he said.
“We were on the boat, the back end had a bit more water on it than ususal, the next minute a rogue wave came through and then the back end was full,” Julian described.

The boat was adapted for wheelchair access and Julian wanted to thank Fremantle Sea Rescue for their assistance. 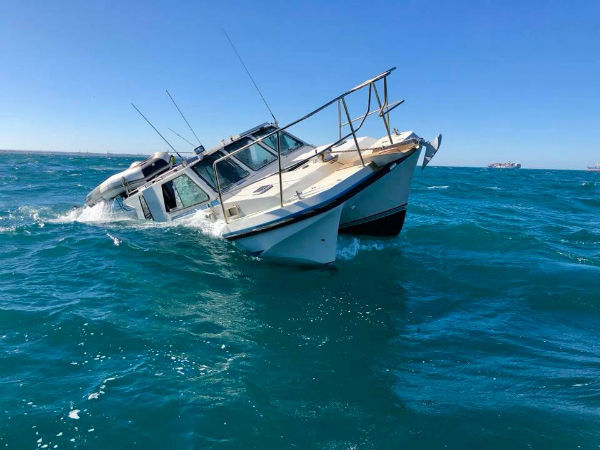