Senator Spender supports the return of the Sharrouf children to Australia

Following the defeat of the Islamic State in Syria, Australian politicians are faced with a new dilemma: should citizens who travelled to Syria to join the terrorist group be allowed back into the country?

Liberal Democrat Senator Duncan Spender believes they should be allowed to do so.

He joined Karl O’Callaghan on Sunday afternoon to discuss the issue. 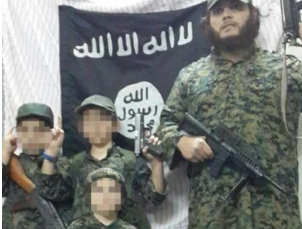