A flyover at Remembrance Day service at Kings Park on Sunday morning was denied by air traffic control according to RSLWA.

The flyover was scheduled during the service, but the crowds were surprised when it didn’t happen and contacted 6PR Breakfast to try to get answers.

RSLWA CEO John McCourt was also shocked by the missing flyover because it had been planned for months.
“I was disappointed, and I think many other people were too. I’ll hasten to add it is not the fault of my colleagues in the airforce,” Mr McCourt told 6PR Breakfast.

“The aircraft was airborne and I understand, very reliably informed, that the air traffic control refused to give him entry into the Perth airspace to then make it to Kings Park in time.” 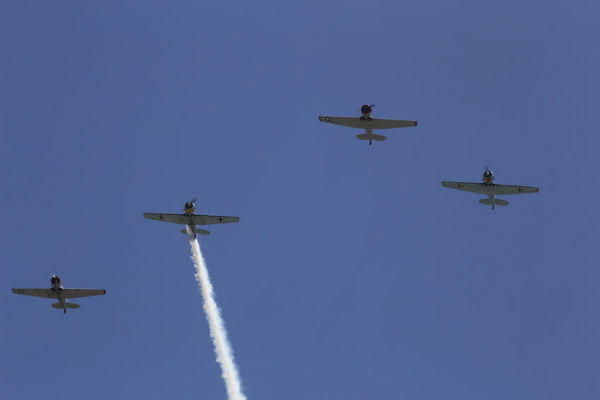