Luc Longley is the current assistant coach of the Australian men’s national basketball team (Boomers) and is a former professional basketball player, playing briefly with the Perth Wildcats before being drafted to the NBA.

Standing at 7’2″ (218 cm), Luc is the first Australian to play in the NBA and to win an NBA championship (1996 with the Chicago Bulls). He was the starting centre for the Bulls during their second “three-peat” championship seasons from 1996–1998, playing alongside NBA greats Michael Jordan, Scottie Pippen and Dennis Rodman to name a few.

Longley went on to win a total of three NBA championships in his career, all with the Bulls and represented Australia at the 1988, 1992 and 2000 Summer Olympics. 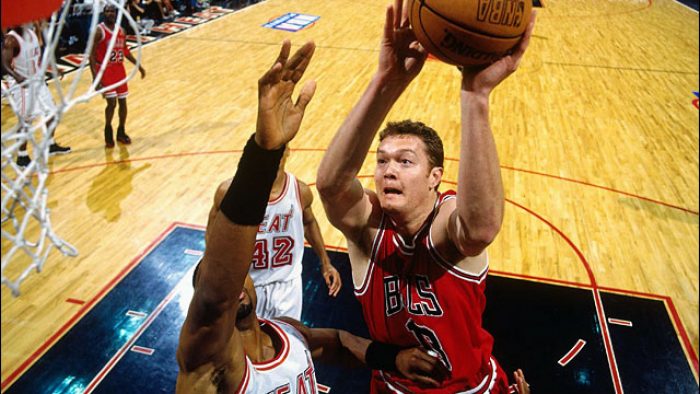