Shooters, Fishers and Farmers Party MLC Rick Mazza has vehemently rejected the idea that Liberal MLC Nick Goiran’s behaviour is ‘shameful and undemocratic’ as debate on the Voluntary Assisted Dying Bill continues in the Upper House.

The Upper House will hold a special sitting today – as MPs try to make progress on the Voluntary Assisted Dying debate.

The McGowan Government is criticising the Opposition for delaying the process – saying their antics are shameful and undemocratic.

The Government is hoping to pass the legislation before Christmas – with just two sitting weeks left on the calendar.

Mr Mazza says Mr Goiran, along with his Upper House colleagues, is simply doing parliament’s role casting a closer eye over the detail and has accused the Premier Mark McGowan of ‘weaponising’ the VAD legislation.

“Without a doubt. And it’s very disappointing that this is being used, in my mind, in weaponising a political purpose.” 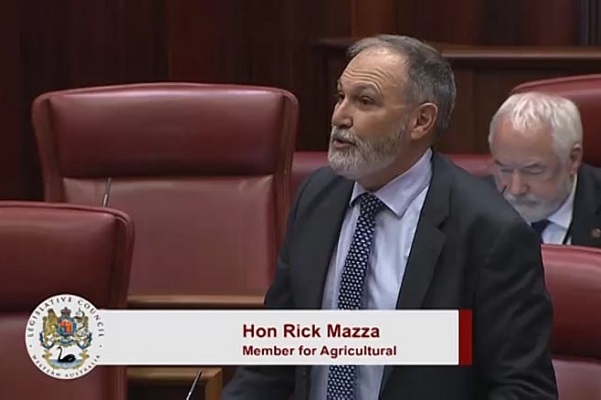