Police are taking the next step in their pay dispute by saying they will issue cautions rather than fines for minor traffic and alcohol related offences.

Police Commissioner Karl O’Callaghan spoke with 6PR Breakfast about the action taken by WA Police and says he’s not concerned about public safety but it will hit the Government’s pockets.

“I’m not personally worried about it. I would always be worried about whether the service to the public is degraded. And whether, in situations where the community need police to come, they come immediately to do the job that they’re paid to do.”

“In this instance what the [Police] Union are proposing really is only about focusing on the revenue that might be raised in traffic-type situations, so I have no concerns about community safety at this stage and it really is a matter around Government revenue, I think,” Police Commissioner Karl O’Callaghan told Peter Vlahos and Jane Marwick on 6PR Breakfast.

Our listeners also gave their opinions, Viv called and said; “I’m 100% behind the police, I think they do a terrific job. I know people complain about them sometimes but the first thing they do when they’re in trouble is call one.” 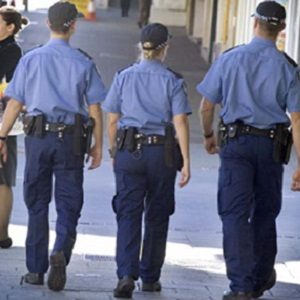