A Perth mother has been left heartbroken after her 10-year-old was described as being ‘huge’ and ‘Shrek’ by an opposition coach in an under-11s tee-ball competition.

Bianca says she’s trying to shield her son from what she’s deemed bullying.

Tee-ball Association WA President Diane Mount-Bryson rang in to respond and said they’re taking the issue very seriously and will not condone this kind of behaviour. 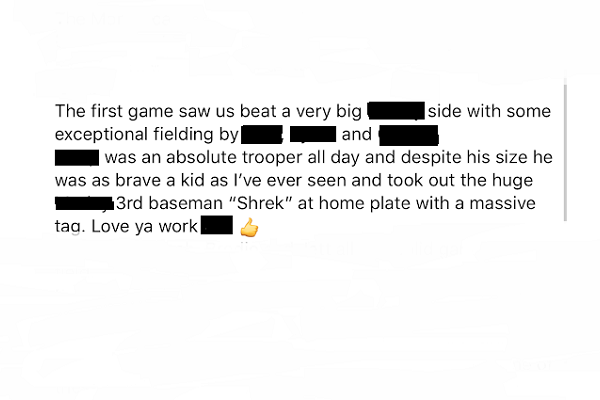 We spoke with Bianca who is absolutely heartbroken her son has been described like this by an opposition coach. What do you think... appropriate? pic.twitter.com/BO6xZkhdx4