A Perth family says it’s ‘heartbroken’ over the decision by the Metropolitan Cemeteries Board to remove the headstone of their family grave at Karrakatta Cemetery.

Nicole Bird’s grandfather and aunt are buried at Karrakatta Cemetery and she says the grave is visited regularly and maintained by her family. Her family has been told the headstone of the family grave will be removed as part of the cemetery renewal program and that they have until December to try and challenge the decision. If the headstone is removed, Nicole and her family will effectively be visiting a gap between two new headstones to pay their respects.

Ms Bird told Gareth Parker on Mornings her aunt was 10-years-old when she died and her parents, Nicole’s grandparents, were not made aware at the time that the plot was not an eternal one.

“In 1959 when my aunty passed away in the Anglican church, [cremation] just wasn’t the way. That was her wishes to be buried back then. My granddad and nanna were also told that they had a right to burial for 99 years. This was revised in 1986 and the new stipulated tenure of grants is only 25 years with only one renewal available so anything over fifty years is a the discretion of the managing cemetery authority. 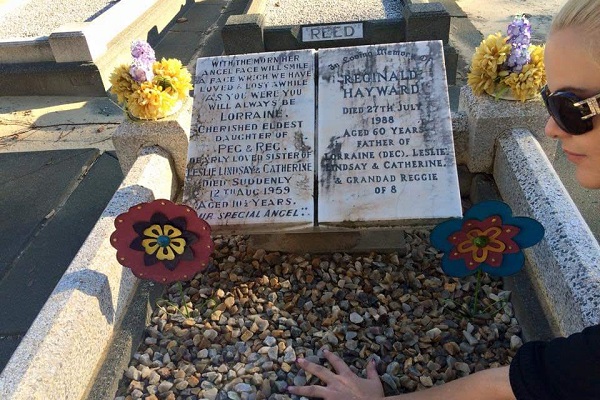