A Perth mum has expressed her concern over the condition of trees on Rottnest Island… after her son was hit by a falling branch.

Emma Forte’s 11-year-old son Winter was hit by the branch of a Moreton Bay Fig on Saturday while riding his bike — leaving him with his arm in a sling, and a possible fracture.

Emma says while she accepts it could have just been a freak accident she’s also worried about the safety of the trees.

“I do think that it’s known that these trees as they age can become a danger,” she told Gareth Parker.

“We live in the Fremantle area where some of these Moreton Bay Figs have just been removed from our main town square because of this very risk so certainly there’s an awareness that when they reach a certain age this is a possibility.”

The Rottnest Island Authority says an arborist carried out an audit of the island’s trees just six weeks ago… finding the Moreton Bay Fig in question received a “good” rating. 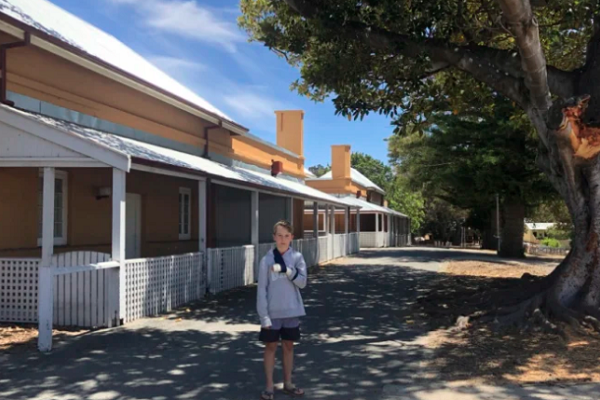