A woman has tragically since been found dead nearby.

Dramatic vision, obtained by 7 News, shows the alleged attacker, covered in blood, being restrained by citizens and emergency services workers.

He was armed with a large knife.

It’s since emerged the alleged offender has a long history of mental illness and is known to police.

“What we can conclusively say is that the male offender was on his own,” NSW police said.

“The threat to the community has been negated.”

Police said the offender attempted to stab multiple people, with a second woman stabbed in the back and taken to hospital in a stable condition.

No other serious injuries have been reported.

#BREAKING: Police have addressed the media with the latest on the Sydney stabbing. #9News

The alleged attacker was filmed climbing a moving Mercedes-Benz, before screaming “shoot me” repeatedly as people tried to bring him under control. 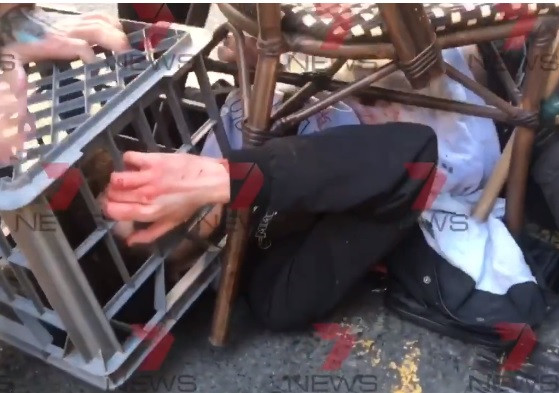