‘Lost for words and numb’: Locals in shock in the Bay of Plenty

New Zealand authorities are working to identify 31 victims in burns units across the country – following a sudden volcanic eruption on White Island.

Three Australians are believed to be among the five confirmed deaths.

47 people had been exploring the island when the eruption occurred, sending plumes of ash and debris 37-hundred metres into the air.

It is still too dangerous for rescue crews to access the island in the Bay of Plenty.

Tony Bonne is a former dive tour operator on White Island and told Gareth Parker it’s at least the third time there’s been a significant eruption there in his lifetime – he thinks more safety precautions will be introduced in the wake of the incident.

He says it’s the third time there’s been a significant eruption in his lifetime and the local community is reeling.

“I was lost for words and totally numb yesterday,” he said.

“I’ve been through an emotional time but I’m coming on top of it now I hope.

“Over those 30 years, thousands and thousands of people have experience White Island.

“I suppose we always knew there was a risk but never thought it was going to happen so it was a big shock yesterday, a huge shock.” 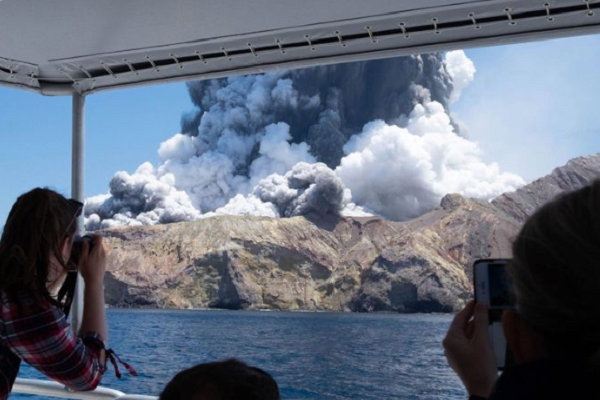