The midfielder also won the Leigh Matthews Trophy for the players’ player of the season and the best player award as judged by coaches.

In a year full of firsts Lachie had to place the medal around his own neck. 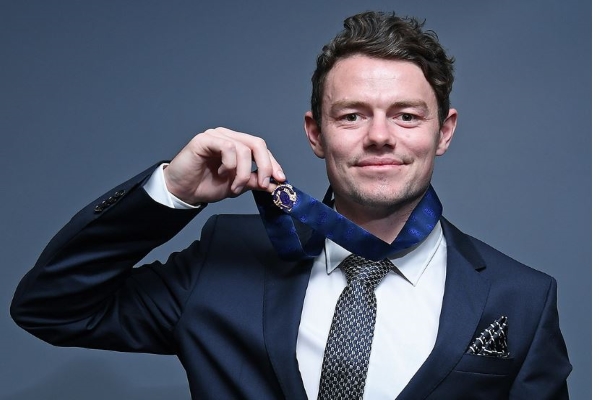