WA Cricket has thrived with Justin Langer as a player then a coach and it’s earned him a spot as the head coach of Australia and now he’s been honoured at the new home ground of Cricket in WA.

The south end of Optus Stadium has been named the Justin Langer Stand.
WACA CEO Christina Matthews made the announcement on Saturday morning and spoke with 6PR about the unveiling of the stand.

“We’ve taken the move this year to, every cricket season to put up the sign and we’ll have people bowling or batting from the Justin Langer stand end or the WACA Members Reserve stand end so it gives it a nice cricket feel,” Ms Matthews told Sportsworld.

The resignation of Cricket Australia Chairman David Peever during the week didn’t shock many people but Ms Matthews says he wasn’t pushed out by the other Board members.
“We had expressed reservations to the few things that had happened and that was as far as it went for us,” she says.
But Ms Matthews was reluctant to commit to the newly available role.
“Well they didn’t want me as CEO so I don’t think they’ll want me as chairman,” she laughed.

Justin Langer also spoke with 6PR’s Sportsworld about the stand and the ODI, you can listen back here: We’ve got to stop playing like millionaires: Langer 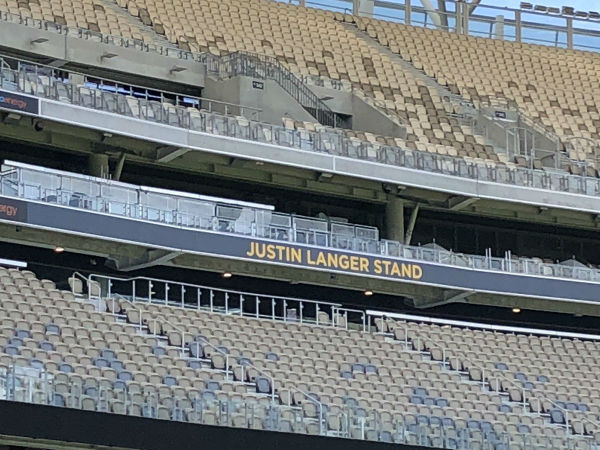