‘It’s like being hunted’: South African family’s plea to come to Australia

Last year, while on her farm in south Africa, Nicky was shot and then raped in front of her children. Her
attacker Sebenzile Simane, 32, threatened to rape her thirteen-year-old daughter, and to chop her absent husband to pieces on his return.

When her older son, then 15, escaped, Simane threatened to kill her youngest son, a little nine-year- old boy – unless he returned. And that’s only a small part of their horrifying four-hour ordeal.

In 2018 Home Affairs Minister Peter Dutton said he was considering a special intake of persecuted South Africans. At the time he said white South African farmers “deserve special attention” from Australia due to the “horrific circumstances” of land seizures and violence.

SBS reported Mr Dutton directed his department to examine how it could better assist white South
African farmers facing violence in their homeland, saying Australia had an obligation to help.

“It’s an horrific circumstance that they face and Australia has a refugee and humanitarian program — as well as a number of other visa programs — where we have the potential to help some of these people that are being persecuted,”he said at the time.

Nicky and her family are appealing to Immigration Minister David Coleman to revisit their case and others like it. Jane spoke to Nicky about her horrific ordeal and her bid to bring her children Australia to begin a new life. 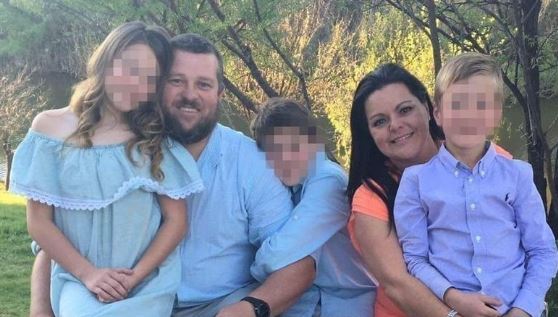