“I was terrified, not of losing my life, but of letting my team down”

On 24 August 2010, in battle in Afghanistan, Corporal Daniel Keighran risked his life in a hail of gunfire to save his fellow soldiers.

His actions saw him awarded the Victoria Cross for Australia, making him the 99th Australian to receive our country’s highest award for bravery.

Courage Under Fire tells of Daniel’s unlikely journey to become one of Australia’s most celebrated soldiers. 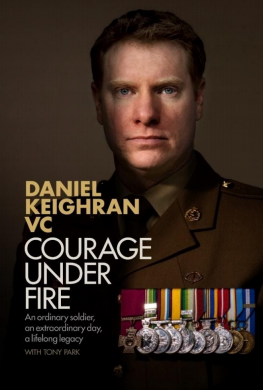