Fremantle has lost to GWS by 12 points at Spotless Stadium.

The Dockers held a 15 point lead at the final break but the home side responded with the first eight scores of the fourth quarter.

Veteran defender Michael Johnson spoke with Brad Hardie, Karl Langdon and Drew Morphett after the game and says he is pleased with his team’s effort despite the result.

Nat Fyfe had 31 disposals and kicked two goals as Fremantle’s best player according to Brad Hardie.

The loss leaves Fremantle two games outside of the top eight with just four games remaining.

A shoulder injury to Connor Blakely soured the loss. Blakely dislocated his left shoulder in the first quarter but returned to the field after club doctors popped it back into place. The 21 year old re-injured the same shoulder again in the second quarter and took no further part in the game.

Hear how the game played out 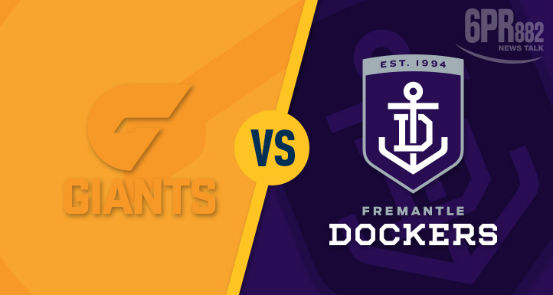