Saturday afternoon saw Fremantle clash with top of the ladder leaders Geelong at Optus Stadium, in a game that had Geelong favourites to win. But as much as the Cats scratched & clawed, Fremantle shut their momentum down, causing an upset with a 34 point win in front of their home crowd.

Amongst the winning Dockers squad was Midfielder/Forward Brandon Matera, who has seen a big turnaround in his play style this season. Hear Matera’s thoughts on the game, the teams commitment to Ross Lyon & what Fremantle needs to do going into the 2020 season. 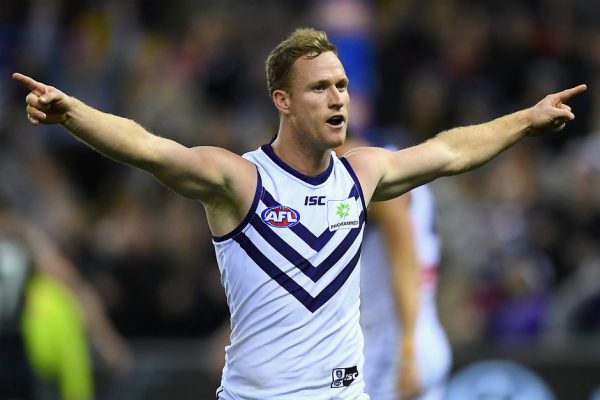