It was bombshell news today for Ross Lyon and Steve Rosich, with the Fremantle Dockers board of directors announcing the clubs decision to part ways with the former head coach and CEO.

Ross was giving his marching orders effective immediately, unable to serve out the final year on his contract, while Steve and the club couldn’t come to an agreement on his future with Freo and stepped down and away as CEO.

Fremantle Dockers President Dale Alcock spoke with Karl and Hase about today’s whirlwind decision to part ways with Ross and Steve and discuss what’s next for the club going forward. 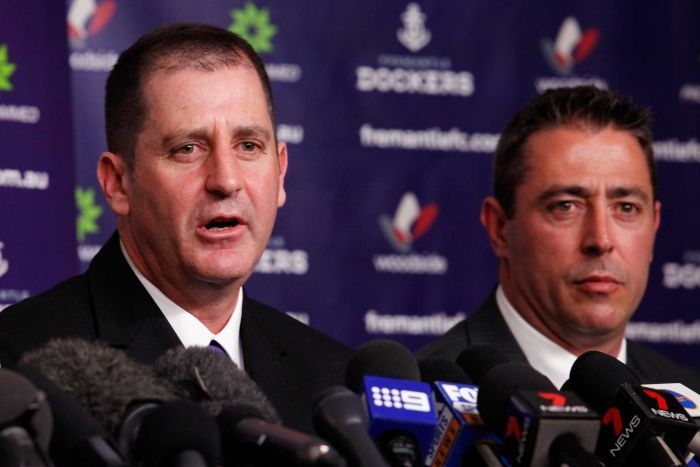