“Finals are still a sniff”

Blake said that he isn’t optimistic at being called up for the game against GWS this Saturday saying  “I’m not sure that I would come in for the game but am probably more likely for the shorter turn around with the 4 day break next week.”

Blake also said that he was looking forward to the Dockers stint in the Cairns hub saying that he was excited to get out of Perth and enjoy the hot weather in Cairns.

Blake also spoke about the fallout from the departure of Cam McCarthy and Jason Carter. 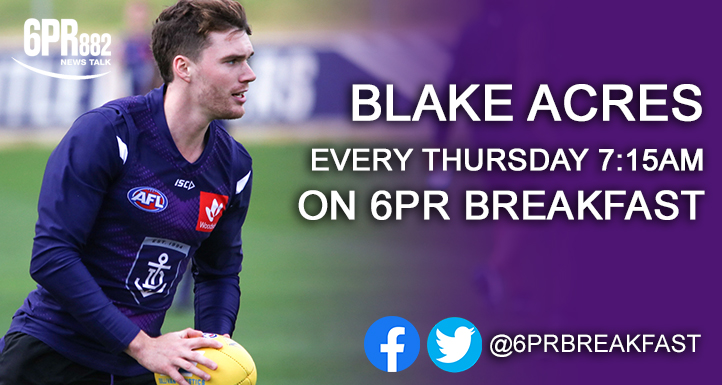