Thousands have been injured and dozens killed in a massive explosion in Beruit at around 6pm local time.

A foreign correspondent based in Beruit was injured in the blast while she was in her apartment.

Lizzie Porter spoke with Steve and Baz about her experience.

“It was an enormous bang; that blew me backwards with the door. Blew me off my feet and my glasses off my face,” Porter told 6PR Breakfast.

“My immediate thought was if this is a missile, which is a theory that has been largely ruled out now, then there’s going to be another one so we took shelter and started checking on the neighbours.”

“People in Beruit have lived through lots, they’ve lived through many explosions in the past, neighbours I’ve been speaking to here have said that previous car bombs were not like this.”

Footage of the Explosion in #Beirut #Lebanon a few minutes ago. Praying for the safety of everyone. pic.twitter.com/6Q3y6A6DxL 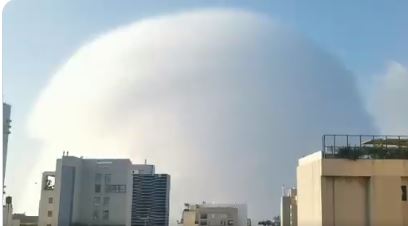