After a whirlwind week in Perth that even included a chance meeting with superstar Hugh Jackman, Enda Brady joined Steve and Baz in the studio to reveal the final amount raised for Breast Cancer Care WA.

Enda was in Perth to run his first ever Australian marathon in the Chevron City to Surf.

Enda along with Suna Cavanagh from Breast Cancer Care WA revealed the final amount raised as $23,597.68 – an absolutely amazing effort. Thanks to everyone that contributed. 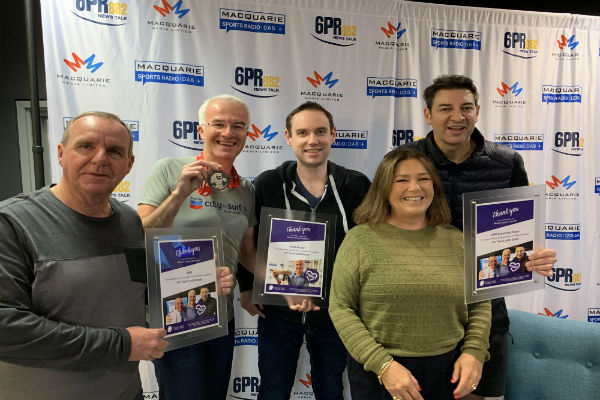