A video has emerged of a West Coast Eagles supporter attempting to burn what looks like a Fremantle Dockers shirt outside Optus Stadium after Western Derby 47.

There are some yells of support as well as calls telling him he’s an “idiot” before a lady tries to grab the shirt from the man.

Neil was a witness and told 6PR Breakfast “It was really a dangerous situation” saying the area was congested with families.

This video has been sent to us.
Did you witness it? What’s your take on this behaviour? 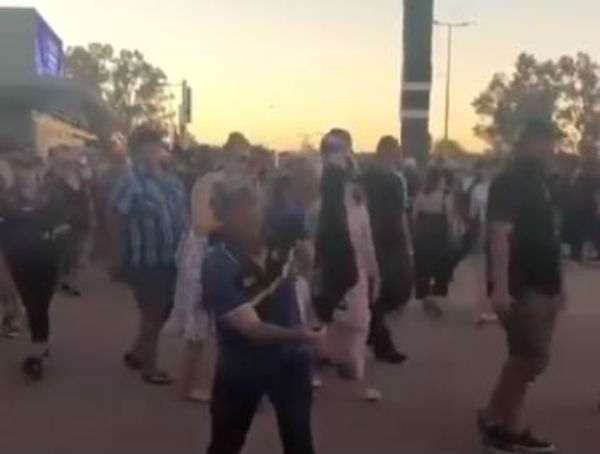