A Fringe Festival performer – who fires flaming arrows using only her feet – is appealing for the return of her suitcase stolen from her car in Fremantle.

Orissa Kelly flew into Perth from the UK on the weekend and her hire car was parked along Knutsford Street on Sunday, when it was broken in to, and her suitcase stolen.

It contains her custom bow and costumes – which are useless to anyone else but priceless to her. Ms Kelly told Gareth Parker on Mornings she doesn’t know if she’ll be able to find replacements before her first show on Friday.

“There are a few things I could sort out in terms of costumes, I’m having a delivery sent from London but the likelihood of it getting here in time for the show is slim.”

“In the meantime, I’m just hoping that whoever it is decides that they might want to give it back.” 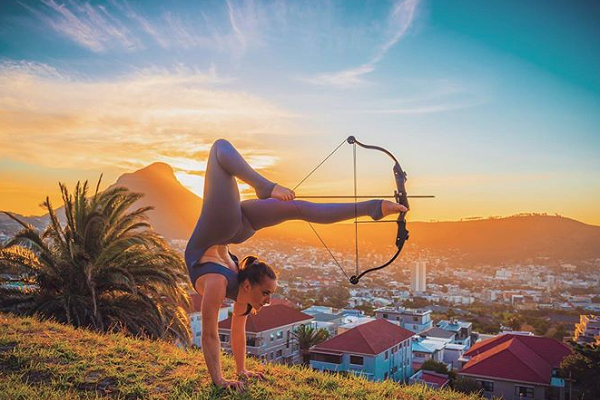