For Kevin Cheetham’s wife Joan, the acquisition of a CapTel phone has literally been a life-changer. Joan lives with a hearing impairment and Mr Cheetham says the phone has ended the isolation she suffered because of her hearing issues.

CapTel handsets transcribe conversations into text but the service will cease in February, after the Federal Government decided to switch to a cheaper service provider.

Mr Cheetham says there’s been no consultation with service users and the option available in the new service isn’t manageable for his wife.

“There’s been no discussion on this, no-one from the Department of Communications has sent out to the users to say ‘this is what we’re looking at, can you give us your feedback’,” Mr Cheetham said.

“They send you a letter, which I received yesterday, and say please let us have your comments by the 15th of November. Well I was absolutely gobsmacked.”

Demand for the service has grown from 100,000 hours to 3.5 million of hours in the past five years. Mr Cheetham told Gareth Parker he and his wife had to wait five months for their CapTel phone which proves people are still desperate to use the service. 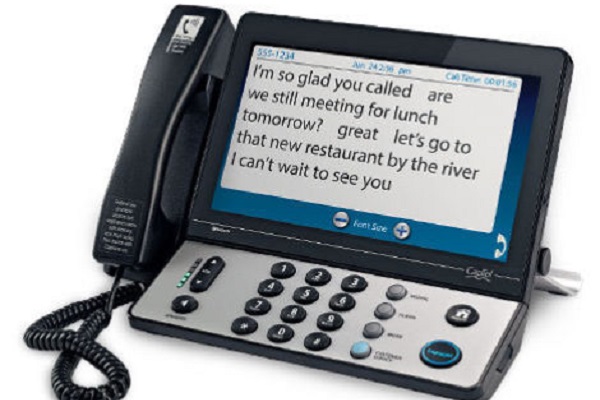