The City of Perth inquiry has been delayed a further three months, with some subjects of the inquiry only sent draft adverse findings last week – just days before Tony Power was supposed to hand his inquiry report to Local Government Minister David Templeman.

But Gareth Parker has revealed a new stuff up in the conduct of the inquiry – with highly sensitive draft adverse findings potentially sent to other parties who weren’t supposed to see them.

A letter sent to subjects of the inquiry – which could include councillors, current and former staff – said that redactions on findings, sent for comment as part of the natural justice process, may not have been effective.

In effect, redactions could have been circumvented by people with the right technical knowhow – exposing draft findings to parties who should not have been permitted to see them. 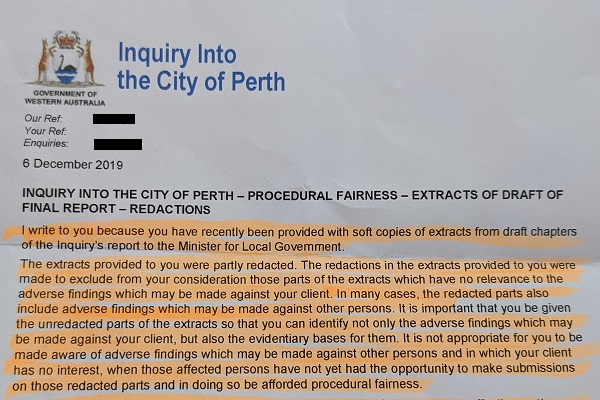