BASE jumpers cause CBD panic

This morning at around 8.30am a group of men went into the Exchange Plaza Tower in the CBD and BASE jumped. They were able to gain access to the roof where three of them then proceeded to jump and parachute to the ground.

Those who jumped were then whisked away by a nearby vehicle.

Eoin was an eyewitness to the chaos this morning telling Oly that it wasn’t something you’d expect to see on your walk to work.

WATCH: Base jumpers have been spotted leaping from the Exchange Tower in Perth’s CBD. #9News pic.twitter.com/MJ6eKluILS

Police have condemned the actions of the group of men. Detectives have located the vehicle and a man at a house in North Perth.

The 35 year old Scarborough man will be summonsed for Trespass to appear in court at a later date.

Investigators continue to appeal for information from the public to identify the other three men. 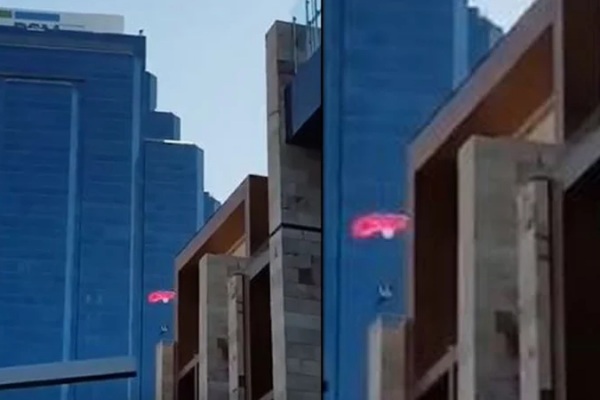