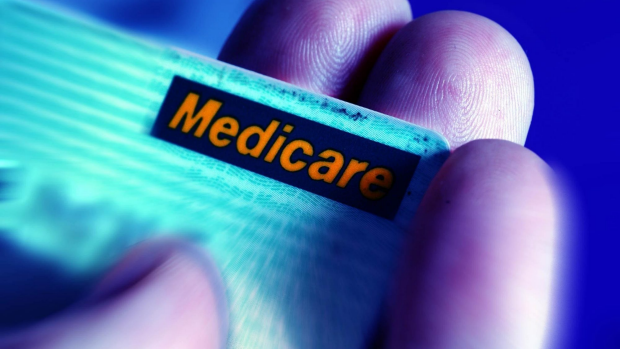 AMA President Dr Brian Owlen says they have never been a supporter of the policy which he said was an obsticle for people seeking medical help.

Dr Owlen warned that any to change the schedule of rates that GP’s can charge for a bulk billed appointment would be a petulant and short sighted option by the move by the government.

Prime Minister Tony Abbott has shelved the policy – until the end of the year. Photo: Andrew Meares

Prime Minister Tony Abbott has privately conceded defeat on his controversial budget proposal to introduce a new $7 co-payment on bulk-billed GP visits and will formally shelve the policy before the end of the year.

The decision is a recognition of the reality that it had no chance of progressing through a hostile Senate in the face of trenchant opposition from Labor, the Greens, and a majority of the crossbench.

It represents a clearing-away of the first and perhaps biggest political "barnacle" clinging to the hull of the government ship ? a description Mr Abbott used earlier in the week to describe policies causing resistance to the Coalition in public opinion polls.

But it may not be the last barnacle.

Mr Abbott’s own signature paid parental leave scheme will be targeted by senior government figures as another prime candidate for a haircut as the government prepares for a dire mid-year budget statement in December, and looks to rebuild its damaged reputation with voters going into 2015.

Until now, the Prime Minister has let it be known he is not for turning.

But some ministers believe the time might be right to reapply pressure on their leader to consider a significant scaling back of the $5.5 billion non-means-tested program ? which is yet to be legislated ? arguing it is a luxury that cannot be afforded, and that it is a major to the political message of fiscal restraint.

The ministers believe a re-examination of the scheme is justified by new conditions forced on the government by a bottom line being made materially worse by Senate intransigence and by falling commodity prices.

If it is scaled back with the application of a means test, it will represent a significant backdown by Mr Abbott who has consistently maintained it is both affordable ? because much of the cost will be met by a company tax levy on big business ? and desirable because it will enable women to exit and re-enter the workforce more easily when having children.

Another option being considered for a trim or benching is the university deregulation agenda. It also is blocked in the Senate. However, the government believes there is still some scope for negotiation with the crossbench, and intends to use up all of the available sitting time in parliament in "a last ditch attempt" to gain ground.

Among the possible supporters in the Senate is the former Palmer United Party senator, Jacqui Lambie, whom Mr Abbott will meet next week.

Being considered in discussions is a reversion to a lower interest rate for student loans than proposed in the original package in line with an amendment being pushed by South Australian crossbench senator, Bob Day.

But while reducing the paid parental leave scheme would remove a political barnacle because the scheme is inconsistent with an austerity agenda, the other changes, such as scrapping the GP-tax and agreeing to a lower interest rate to make student loans more affordable, would represent a further hit to the budget.

The move to junk unpopular policies has been welcomed by worried coalition MPs as the government languished several percentage points behind the opposition in recent opinion polls and faces an economy many fear is softening.

Some have been urging the government to dump policies they see as ideologically driven and get back to a model of politics based on what is possible given the parliament as currently configured.

In recent days the government has weathered a storm over its decision to make a serious cut to ABC funding in stark contradiction to a promise by Mr Abbott made on election eve 2013, that there would be no funding cut.

Mr Abbott was encouraged by at least one federal MP, Craig Laundy, to admit he had broken a promise so as to enable him to argue more effectively, why that had become necessary.

Treasurer Joe Hockey is likely to release his Mid-Year Economic and Fiscal Outlook snapshot of the budget around December 15.

"We should look at what Tony Abbott’s lack of vision has done to Australia’s economy," he said.