Perth taking stock after a once in a decade storm

The State Emergency Service has received more than 400 calls for help since yesterday morning – with trees down, fences damaged  and roofs ripped off buildings during wild weather which has battered most of the south west of Australia.

Cape Leeuwin recorded a wind gust of 132 kilometres an hour early this morning – while areas near Margaret River recorded more than 50 millimetres of rain – while Perth picked up around 21 mills.

Speaking to Gareth Parker on Mornings, 6PR’s Anthony Anderson was nearly blown away from Riverside Drive where the road has been shut eastbound due to flooding.

Nine News and 6PR’s Michael Genovese reported from Crawley where the jetty to the famous blue boatshed was completely underwater.

BOM WA spokesman Neil Bennett says wet and wild conditions across Perth are expected to ease later in the day – with a severe weather warning still currently in place. 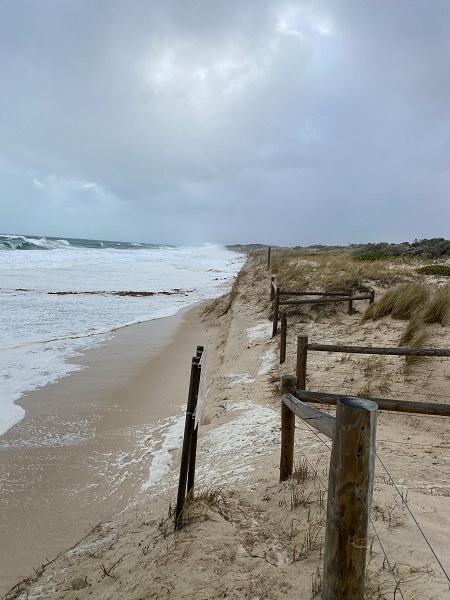 (Damage to fencing and dunes at Swanbourne Beach: Susan Kitchin)

At the peak of the storm 50,000 homes were without power and Western Power’s Paul Entwhistle says power is slowly being restored to homes and businesses across the state. 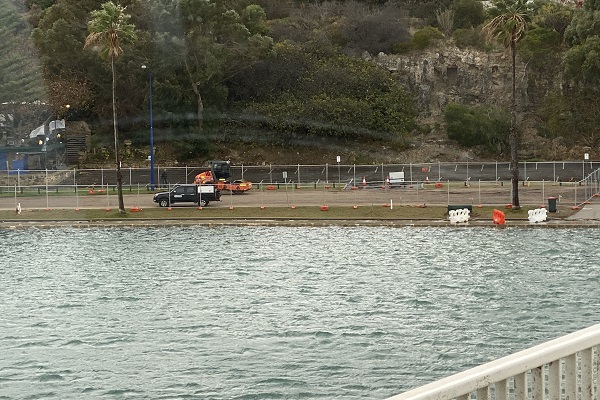 (Pic: The river swelling at the Left Bank in East Fremantle: Geoffrey Pember)