New protest laws a blow to democracy and decency 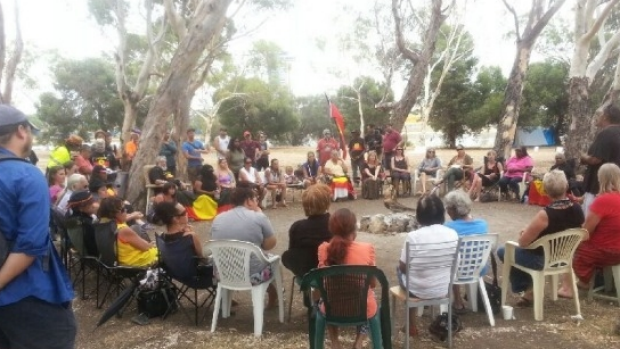 Our country is undergoing deep changes that frighten the hell out of me.

I am frightened because two of the very important principles woven into our systems of government and justice are being deliberately degraded.

The presumption of innocence and our government being answerable to the people are both fundamental building blocks of our democracy and they are being undermined from within.

Since the inception of Westminster style democracy both these important principles have stood the test of time but they will be seriously damaged if the Barnett Government’s proposed anti protesting laws are passed and enacted.

In Parliamentary debates so far, much has been said about restricting public protests, and I share those concerns; but that is not the real evil of this proposed law.

The real evil is the reversal of the onus of proof – or to put it another way you can be considered guilty unless you can prove you are innocent.

There is nothing in the proposed law that restricts its application to protests in the South West where they are aimed, so once passed, the laws apply across the state.

The Government says the target is picketing and protesting which are activities that, until now, have been legitimate civil actions that can, and have, changed our society.

There are literally hundreds of protests each year. Heirisson Island is current and I recall G20, 54B, the Swan Brewery protests, Aboriginal rights, the anti live-animal export rallies, land rights, deaths in custody, logging in old growth forests, public education and the list goes on and on.

We admired the brave protesters in Hong Kong, eastern Europe and during the Arab spring because they showed that demonstrating plays a healthy role in democratic advances, but in WA that’s not so. Protesting here just got harder.

The point of protesting is to be troublesome – and I concede that sometimes protesters can do silly things – but that is why we give police powers to move people on.

But to counteract police move-on orders, protesters chain themselves to things and this restricts the ability of police to act.

Protesters can be arrested and charged for their crimes, however their behaviour does delay things and make it more difficult for police.

This is nothing new. At the start of the 20th century women suffragettes won the right to vote by chaining themselves to stuff, and somehow police then were able to deal with it.

In every protest in WA since 1829, and again on Heirisson Island, the police managed to move protesters on. So why do we need these terrible laws?

Giving police the power to arrest people for an inconvenience or when no real crime has been committed is an atrocious act of political bastardy that would be more at home in North Korea than in any democracy.

This law joins other flawed government actions including the Queensland anti bikie laws, the Tasmanian protester laws, the various terrorism laws, the Prime Minister stating that it is time weremoved the benefit of the doubt in administrative matters relating to refugees, the unwanted, expensive and unworkable metadata retention laws and WA’s shocking anti party laws.

These are all bad laws that undermine our democracy.

The authoritarian nature of these laws subjugates our personal rights and liberties and increases governments’ power over us.

That is an unhealthy direction for Australia and we have to go back to colonial days to find a more repressive collection laws than these. The now infamous bushranger laws were probably the most extreme we have ever seen.

Those laws proved to be completely ineffective and were taken off the statutes after a suitable face saving period.

Returning to the WA protest laws, the Nationals seem to have forgotten their excellent work of voting down the previously proposed stop and search laws, but that flash of decency must have been a one off, because they are now supporting far worse laws.

When lawmakers grant the authorities the power to monitor your electronic media data, assume that you are guilty and legislate a power to jail people without charge, we should all be fearful.

Many will be familiar with the description of democracy made famous by Abraham Lincoln in hisGettysburg address; "???and that government of the people, by the people and for the people, shall not perish from the earth."

Tragically, that form of government has perished in this part of the earth and the combined effect of all these laws is to remove any semblance of the democratic principles advocated by that great man.