Police are trying to find the owner of a safe found inside a stolen Suzuki Swift stopped in Ascot.

The car was stolen from a house in Morley yesterday morning and was seen at a service station on Great Eastern Highway in Ascot at about 8pm last night.

It’s alleged the driver tried to flee, but crashed into a pole and the kerb damaging the vehicle.

Two people then ran from the scene but were arrested shortly after.

A number of stolen items were found inside the car including the safe. 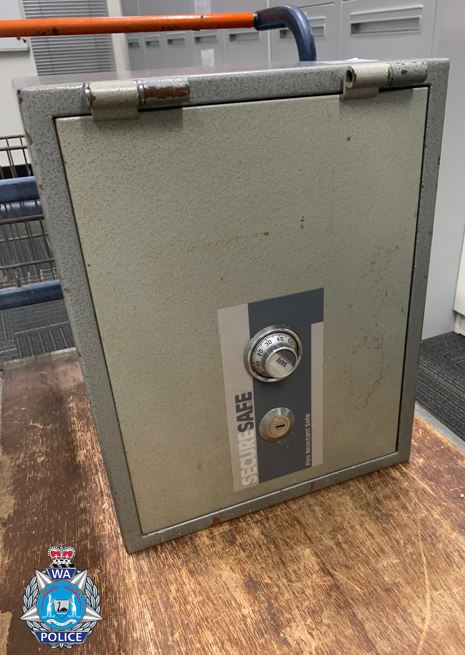 A 31-year-old man from Como has been charged with stealing a motor vehicle, reckless driving and breaching bail.

A 22-year-old woman from Victoria Park was charged with stealing a motor vehicle and breaching bail.

They are both due to appear in the Perth Magistrates Court today.