A mystery brick sculpture has popped up in Ascot, and no one seems to know who created it, or where it came from.

6PR were alerted to the suburban mystery during the Rumour File on December 23.

The brick sculpture of a seated man stands at about 10 feet tall and has been installed at the heritage listed Ascot kilns site in the City of Belmont. The site was home to the Bristile Kilns factory which closed in 1982, and is currently owned by the state government.

Director General of the Department of Planning, Lands and Heritage, Gail McGowan, told 6PR’s Gareth Parker it was a “surprise” to them.

“We know very little about it because we didn’t commission it,” she said.

“We’re hoping someone in the community might help us solve the mystery. ”

She believes the statue pays homage to Sir Hugh Lancelot Brisbane, who is an important figure in Perth’s history.

“There is an engraving on the statue which says H.L Brisbane and co,” she said.

“He was a former industrialist and philanthropist, and owner of the Bristle clay company.” 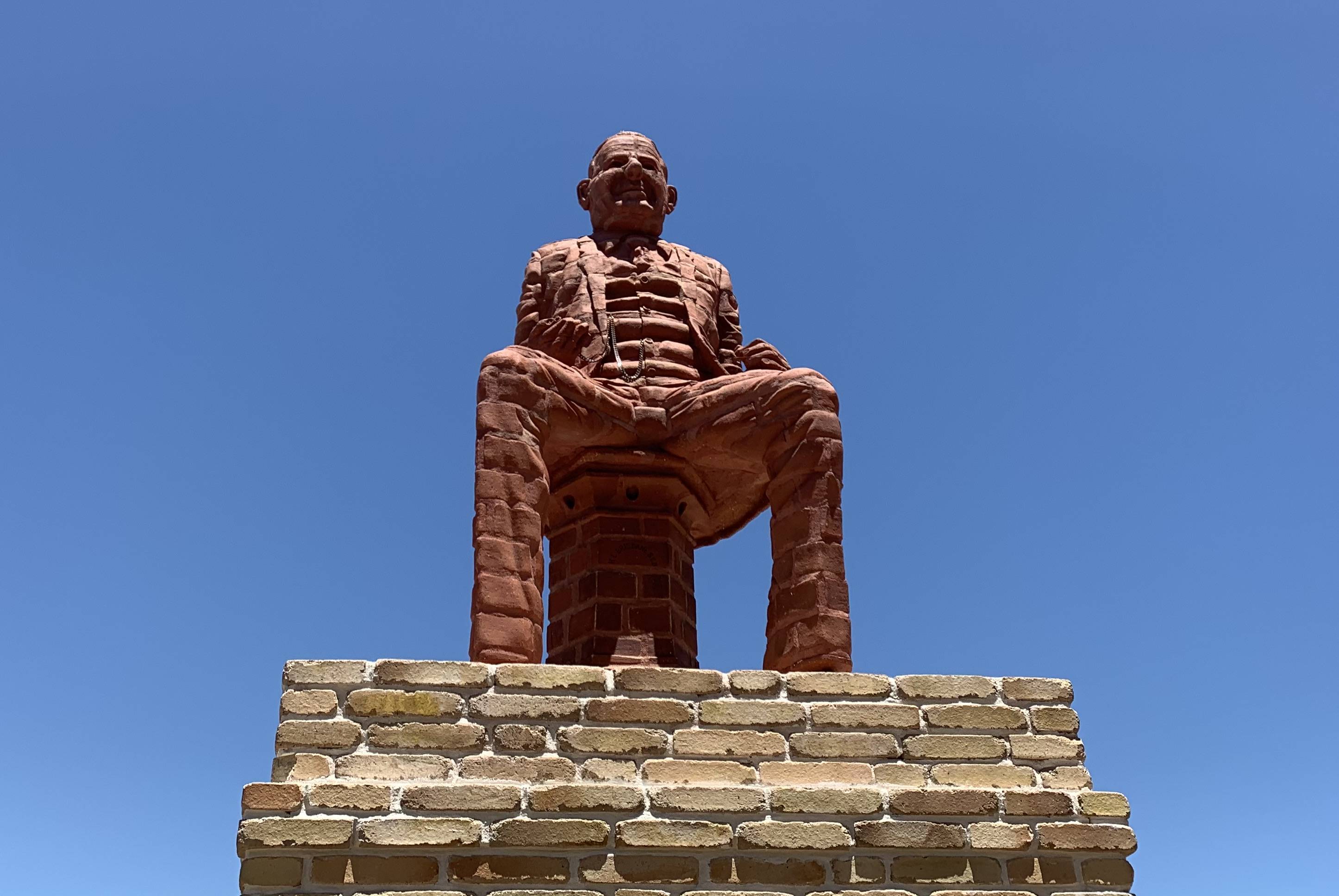 The department are hoping someone will come forward to claim the mystery sculpture.

“We are keen to find out who has done it and have a chat to them,” Ms McGowan said.

“Someone’s clearly invested considerable time and money into the artwork.”

The sculpture will soon be relocated and placed into storage until someone comes forward.

“We’ve got a duty to public safety and maintaining the site as well.”