The show went full Northern Territory on Thursday when Millsy at Midday broadcasted from the Mindil Beach Sunset Market.

The tour started with a chat with Dr Norman Cramp, the Director of the Darwin Military Museum told Millsy about the Bombing of Darwin.

“A Catholic priest saw the aircraft he radioed: ‘There’s a large flight of aircraft heading to Darwin, and I don’t think they’re friendly!'”

Tap PLAY to hear the full chat with Dr Cramp.

Millsy also remembered Cyclone Tracy and the significance of land rights in the Northern Territory for the whole of Australia with Dr Steven Farram.

Press PLAY to hear the interview with the history lecturer from Charles Darwin University.

Have a LOOK at the interesting Cyclone Tracy exhibition that Millsy and Tricia visited: 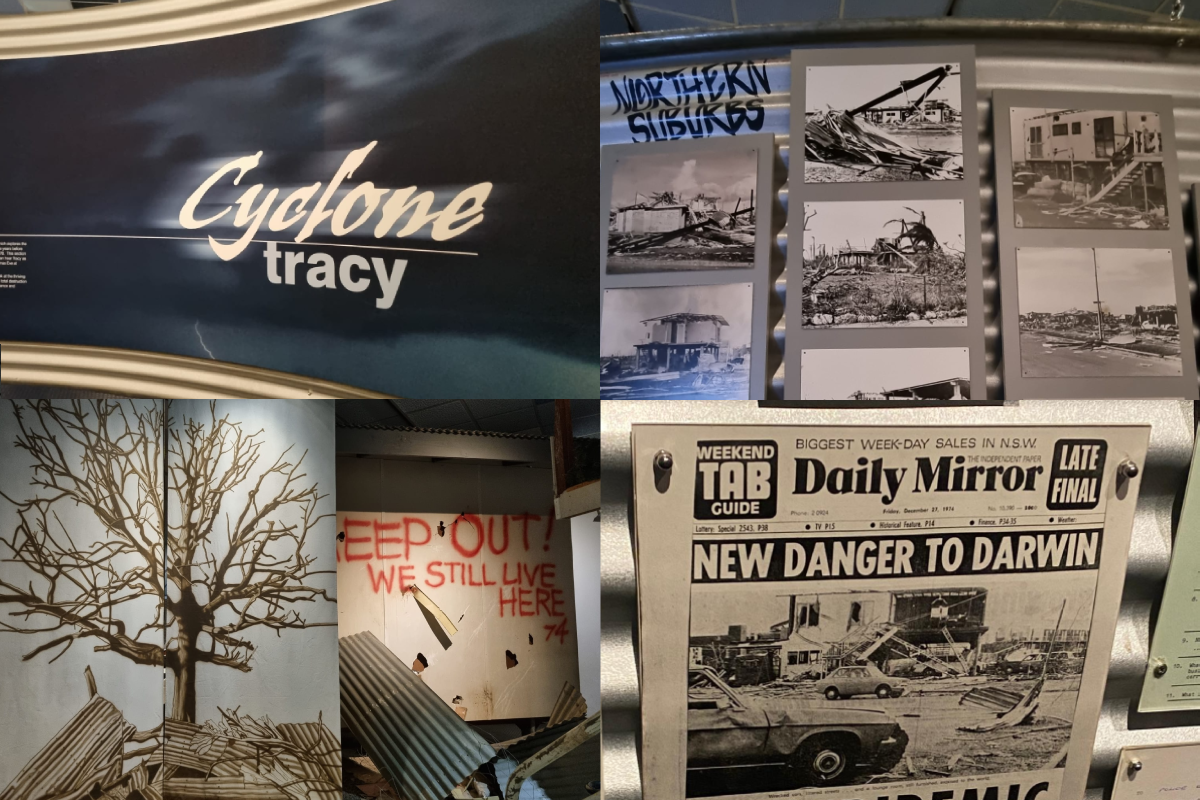 There’s nothing more ‘Territorian’ than celebrating self-governance with a few ‘bangers’ as Troy Charters described to Steve Mills while at Mindil Beach Sunset Markets.

“Territory day is not about fireworks,” he said.

“We are our own territory, and we are self-governed.”

Tap PLAY to hear why fireworks are important to the Northern Territory.

Millsy also found some top notch sausage rolls this week on his Long Way to the Top Tour! Some seriously great 9/10’s but Millsy is still holding tight on that special 10/10 title 🏆

Press PLAY to see all the sausage roll reviews this week:

Admirably aided by his lovely partner Tricia capturing the action behind the scenes, Millsy is on a radio road trip adventure, broadcasting live from some of the state’s most remote and renowned towns and destinations.

We’ve also got him sending great BTS footage you can see on our socials. What could go wrong? Well, plenty, it seems.

Millsy will enjoy a well-deserved break over the weekend, so follow our socials to keep track with more exclusive footage from the road, and tune in from 12pm-3pm to listen to Millsy at Midday.

Long Way to the Top blogs