Police have spent the night questioning a man over the public assassination of former Rebels bikie boss Nick Martin.

A major police operation unfolded yesterday when detectives swooped on a Waikiki home, removing bags of evidence and towing away cars and a boat.

6PR and Nine News reporter Michael Stamp said the man was arrested at about 7.45pm.

“He was walked out by detectives into a waiting detectives car, his hands were cuffed, and he had a hoodie covering his face,” he said.

“Police have been here all night, they are watching the house.” 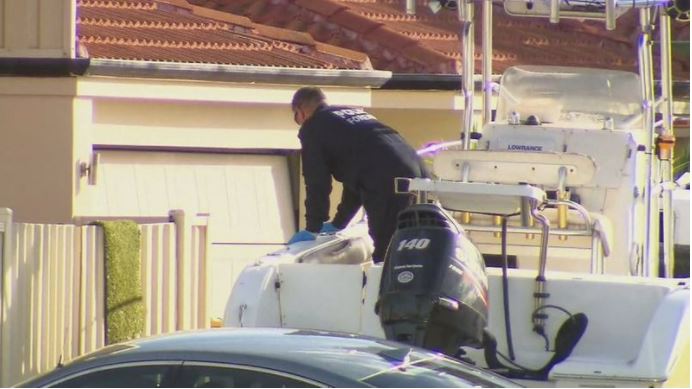 A second crime scene was established yesterday at neighbouring suburb Warnbro in bushland near a salt lake.

Martin was shot dead in front of crowds at the Perth Motorplex late last year.

No charges have been laid at this stage.

Shoalhaven Place has been reopened to outside traffic.