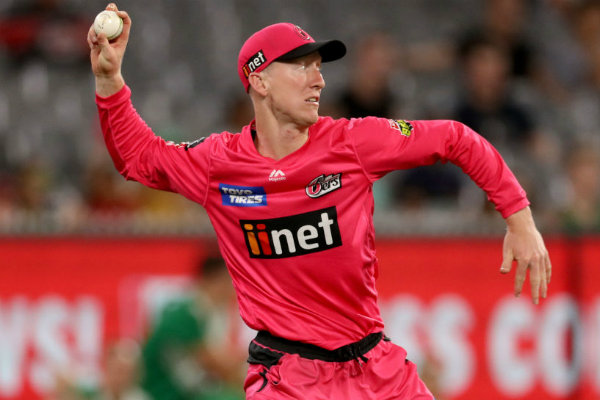 Sydney Sixers batsman Jordan Silk has thrown in a potential radical solution to monitor an unusual fielding tactic which has come to light in the BBL09 finals.

The last two matches have seen fielders moving outside the restricted inner circle to get into a better position once the bowler has let go of the ball.

Under the current rules, players are allowed to move out of the circle once the ball is released by the bowler but it’s led to many questioning whether it’s in the spirit of the game.

It was evident in last night’s qualifier between the Melbourne Stars and Sydney Sixers when Stars fielder Adam Zampa moved outside the circle to take a catch to dismiss Moises Henriques once Marcus Stoinis had released the ball at the bowling crease.

With much conjecture over the timing of players moving outside the circle, Silk told The Cricket Show drones could be a unique answer to the problem.

“It’s sort of poked its head in the last couple of games, hasn’t it?” Silk said.

“I actually asked one of the umpires when we were out in the field about the rule and he seemed to think that once the ball is released you were able to do what you like.

“That’s one thing we try and do in the field is we try and pre-empt where the ball’s going to go and what we think the batsman’s going to do.

“I thought Zamps read the play pretty well, he obviously saw Moises was going to get into that ramp position and he took a few steps back but whether he did it at the right time, I’m not so sure.

“I think the cameras were sort of hard to pick up exactly where he was but certainly when he took the catch it looked like he’d been standing there for quite some time.

“It’s a tricky one, we’re probably going to have to get drones into the grounds for these games and have another camera.

“We’ve had a couple of cases in the last few days where it’s poked its ugly head, so maybe drones are the answer I guess.”

The Sixers defeated the Stars by 43 runs and will host the BBL final at the SCG next Saturday evening.