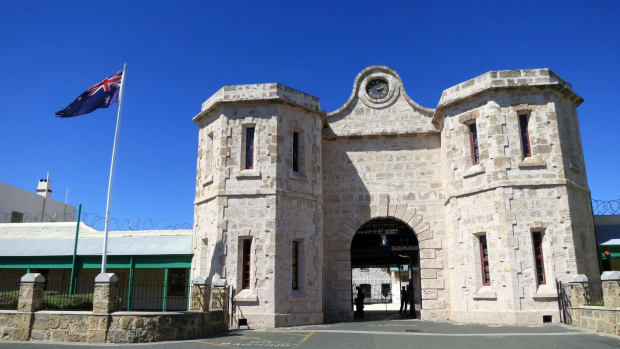 A fascinating story has emerged surrounding the discovery of explosive materials at Fremantle Prison this week.

It reads like a Hollywood film ? a daring prison escape plan, explosives, and an inmate with a conscience.

Fairfax Media understands that a stick of gelignite was discovered buried in a solitary confinement cell on the prison grounds on Tuesday. It has since been safely "control detonated" by the police bomb squad.

It has been reported that a former inmate, who is still incarcerated in WA’s prison system, related further details of a daring mass escape plan the late 1980s.

It’s believed the inmate was aware that a quantity of gelignite and plastic explosive C-4 was smuggled into Fremantle Prison as part of a complex plot, which was later thwarted by staff.

In the aftermath, a single stick of gelignite was concealed from guards and buried in a cell at the northern end of the complex.

On Monday, the inmate confessed to knowing the whereabouts of the explosive and guided police to the spot. Fairfax Media has been told the inmate wanted to clear his conscience and prevent a harmful incident.

The convict-built prison was closed in 1991 after more than 130 years of use and now runs daily tours along a number of themes.

One section of the prison, the New Division, was used by the Australian Army during World War Two and later housed death row and secluded inmates.

The prison was also overrun by inmates in 1988 during an infamous riot.

More recently, the New Division has been used as office space for fledgling businesses in the Fremantle area, through a program administered by the Small Business Development Corporation.

A spokesperson for Fremantle Prison confirmed the discovery was not made in that part of the historic site.

The Department of Corrective Services has been contacted for comment.

Police are continuing to investigate the remnants of an explosive device discovered at Fremantle Prison earlier this week.

Police were called to the Prison on Tuesday after receiving information that there was the possibility that historical explosive material had been unearthed, buried in a section of the prison.

A search conducted by bomb squad officers located a small package which was ‘control detonated’ as a precaution due to the age of the package.

The remains of the package are currently being looked at to ascertain if it was in fact an explosive device.

Fairfax understands the package was discovered in the gaol’s solitary confinement unit.

The prison was used by the Australian Army during WWII and was infamously occupied by prisoners during riots in 1998.