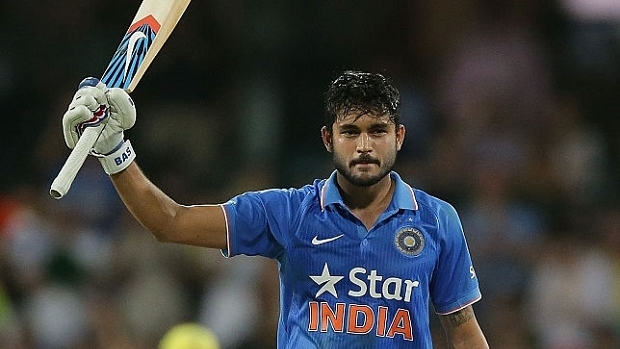 The key figures from the series are this: a combined tally of 61 wickets for 3159 runs between the two countries which Australia wrapped up 4-1 after India claimed the fifth and final game at the SCG by six wickets with two balls remaining.

It was India’s first win in Australia since February 2012, first at the SCG since the first final of the 2007-08 series – and second overall at the venue in 15 matches – and also ended Australia’s world record winning streak of 18 consecutive wins on home soil.

Totals of 300-plus were scored in eight of the 10 innings while there were 11 centuries scored – six by Indian batsmen and five by the Australians.

John Hastings was the only bowler to take double figure wickets for the series – 10 – with Ishant Sharma India’s best (nine).

Only once was a team dismissed – India in Game 4 at Canberra.

?The SCG crowd of 33,710 was treated to another batting feast as India chased down a target of 331 thanks to an unbeaten 104 by Manish Panday – his debut one-day century – from 81 balls and 99 by Rohit Sharma, who finished the leading runscorer of the series with 441 at an average of 110.

A dashing knock of 78 from from just 56 balls by opener Shikhar Dhawan got India’s run chase off to a flying start. He and Rohit Sharma put on 123 for the first wicket before Dhawan was brilliantly caught by Shaun Marsh on the boundary.

The match even saw the rare ocurrence of a shot hitting `Spidercam’ – the TV camera that is suspended over the ground by wires – and deflecting towards the boundary. But it was called a dead ball by the umpires.

Earlier, 122 by David Warner and a maiden one-day international century to Mitch Marsh (102 not out) saw Australia post 7-330 from its 50 overs.

Amazingly, Jasprit Bumrah’s 2-40 on debut this afternoon was the most economical 10-over figures of any bowler for the series.

Hastings claimed 3-61 from his 10 overs to be clearly the best of the Australian attack.

To highlight how tough it was for all bowlers over the series, Scott Boland finished with just one wicket at an average of 259 from the 39 overs he delivered in four games.